I learned a valuable lesson today. A lesson taught by Not A Part Of It. That lesson is, “It pays to pay attention”.

I was not familiar with Not A Part Of It when they submitted access to their material for review. In typical fashion, I played a quick 20 seconds, and then added them to the list. It seemed fine enough with that brief sample. It was punk. The voice was a raspy heavy, at first I thought maybe comparable to the vocals of The Filaments, or Dirty Filthy Mugs… a vocal styling I’m a big fan of. Some time passed, and now it was time for serious listen. After that serious listen, I was pissed because I could’ve been listening to this album for months now!

There is no ONE song that can accurately represent what Not A Part Of It is. This 3 piece punk rock band from Eugene, Oregon taps into so many different sounds and styles, yet their formula doesn’t become overwhelming at any point. You’ll hear everything from punks early days, to 90s influenced punk, from aggression to pop, and a very catchy and impressive Ska jam titled Stick ’em Up Rude Boys. The track, Fearless Tearless Peerless is a top choice driving rhythm punk song that will truly awaken your senses, including a spectacular guitar solo… with Wah Wahhhh! A perfect touch, I must add.

It’s the little things that count on this album. First off, the guitar player is on his A game. Sure, he’ll bust out the quick bar chords, which are the foundation of punk, but the additives are what really sets it off. One great example is National National. The bass is not to be ignored either. Bass in this band doesn’t just lay there and fart. Bilateral is a good example of killer 4 string work. I’m not leaving out the drums. This guy doesn’t miss a beat.

So, a band puts out an album, where all the songs are different musically, yet held together by a common thread… an energetic, raspy voice. Rough, yet holds note value. Heavy, yet articulate. Perfect choice.

I can’t say enough good things about The Nine Lives Of The Night Life. I do know that Not A Part Of It has made it’s place in my daily rotation.

Punks with talent. It’s a beautiful thing. Expect the unexpected.

Check out the video for the title track, The Nine Lives Of The Night Life, BUT remember… you’re not getting the full experience until you goto Not A Part Of It Bandcamp and check it all out…. especially Fearless Tearless Peerless and Stick ’em Up Rude Boys 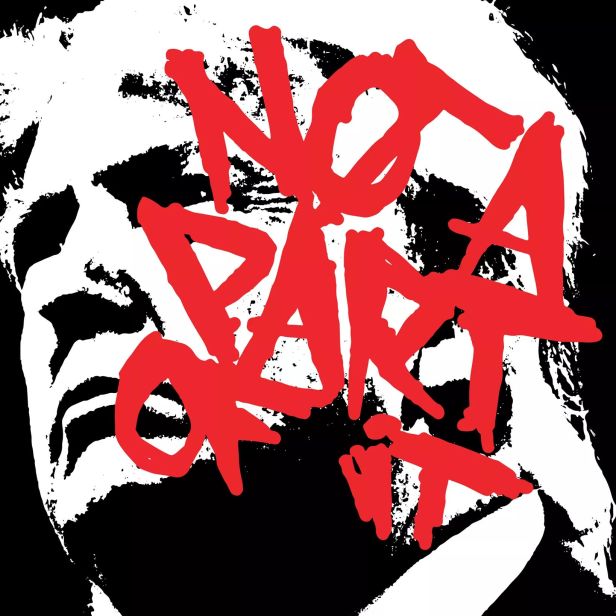